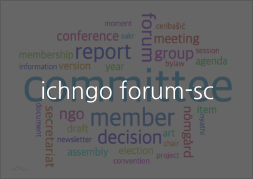 Las Carretas is the national pride of Costa Rica. The Spanish whom brought their design to incorporate them into the Costa Rican coffee transport first introduced these Costa Rican Oxcarts. The original oxcarts did not work well in the terrain and climate of the new land. A native design aesthetically and functionally were needed to fit its environment. As the oxcarts became more adapted to Costa Rica, they took on their own identity. The families would make colorful designs of their surroundings onto the oxcarts making them unique. It became a status symbol among families distinguishing them according to their elaborate design and functions of the oxcarts. Las Carretas flourished in the 19th and parts of 20th century. The strong oxen would carry coffee, the Costa Rican national export, into unpaved roads and mountainous terrains. Although the invention of motor based vehicles would eventually take over the transportation, it became a symbol of hard work and the embodiment of the Costa Rican lifestyle. It appears in festivals or street corners, with each Las Carretas having its own sound, enchanting the village or crowd with its pleasant sound. Las Carretas’ function as a symbol of hardworking Costa Rican life is undisputed. There are many oxen-carts around the world but none of it is like Las Carretas as UNESCO recognized it as ICH in 2005. The function and different twists that Las Carretas shows this Costa Rican oxcart is a work of art and stands out as one of this worlds heritage to be shared with everyone. Reference: ICH UNESCO, Wikipedia Images from www.elsouvenir.com